Hans-Joachim Braun (h.J.Braun@outlook.com) led CIMMYT’s Global Wheat Program from 2004 until 2020, being responsible for technical direction and implementation of the program that develops wheat germplasm distributed to around 200 cooperators in more than 100 countries and grown on more than 50% of the spring wheat area in developing countries. 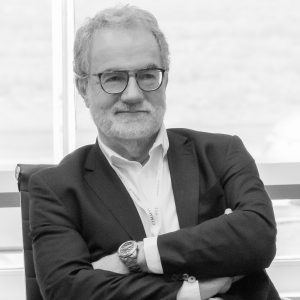 From 1985 to 2005 he lived in Turkey, leading the Turkey CIMMYT ICARDA International Winter Wheat Improvement Program and contributing to the development of more than 40 winter wheat varieties released mainly in West and Central Asia, which are grown on more than 2 million ha.

Braun was instrumental in recognizing Zn deficiency and soil borne diseases as a major constraint for winter wheat production in the dryland areas of West Asia. He has published widely and received various awards, including the Friendship Award of China for his contribution to develop disease resistant wheat lines for Gansu province, the Crop Science of America Fellowship Award and the International Agronomy Award of the American Society of Agronomy.

Braun received his Ph.D. from the University of Hohenheim, Germany in 1983.